Home > About Us > History

NBACL was created in 1957 by a number of locals whose members saw the benefit to having a provincial federation. Members include people who have an intellectual disability, family members, professionals, neighbours and friends. Membership in the provincial organization is through the local associations.

NBACL exists to improve the quality of life for children and adults with an intellectual disability and their families and to enrich the whole community. We work in conjunction with local branches throughout the province to foster inclusive communities where everyone feels they belong, are valued and can participate in all aspects of community life.

NBACL is part of a huge international movement. There are thirteen provincial and territorial associations and over 400 local branches that make up the Canadian Association for Community Living. CACL is a member of Inclusion Interamerica and of Inclusion International and works with many national organizations to promote human rights and inclusion in the courts, at the UN and around the world.

Historically there have been two distinct, but related kinds of activities at the local level.

Most of our local associations were created to be sponsoring societies under the Auxiliary Classes Act. During the seventies, associations operated thirty-three auxiliary classes throughout the province. 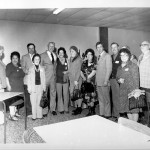 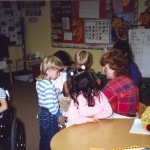 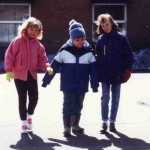 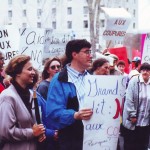 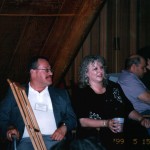 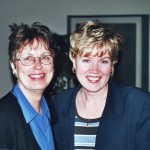 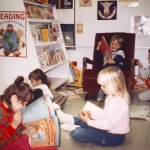 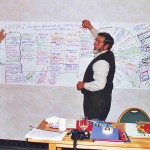 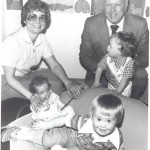 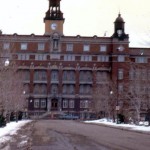 At that time, children who were judged to have an intellectual disability or cerebral palsy were not accepted in regular schools. They were assessed by the local mental health clinic and based on their score they went to a segregated class in a church basement or to another building not connected to the regular school system.

Children who were not ambulatory or toilet trained were not accepted even in auxiliary classes until the late seventies.

We have come a long way. The regular school system gradually assumed responsibility for teacher and other staff salaries, transportation to and from school, and to some degree the education of children who had previously been excluded.

Today all children attend regular schools and most are in regular classes but many children are still having difficulty receiving a quality education and many people have nothing meaningful to do when they graduate.

As other needs were identified, members worked together to find solutions and to implement ways to meet those needs.

Associations started vocational, residential and early intervention programs. The Association spun most of them off to community boards so it could retain an advocacy focus.

For many years the only education, employment and early intervention programs in New Brunswick were ones started by Associations for Community Living. Now these programs have expanded to include others and many no longer remember their roots. Families have the luxury of taking many services for granted and see them as basic human rights.

The Association has been seen as radical and controversial. It is also seen as successful in making positive change for children and adults with an intellectual disability, their families and their communities. It has been able to mount pressure to create positive change. Sometimes we have had to win the same battles over and over again.

Through its experience, advocacy and research, the Association and the Province evolved and in many areas led the country and the world in how we educate and support people who have an intellectual disability.

Although the Association’s goal has remained constant over the years, the activities have varied.

In the early years, the Association was mainly a parent based and driven organization.

As it developed, it included and listened to people who were labeled as having an intellectual disability. They were very clear that the name “the Association for the Mentally Retarded” was negative and stigmatizing. They brought pressure on the Association to change its name.

In 1987, the name was changed to the Association for Community Living to more clearly represent the goals people have for themselves.

The Association has changed with the times and the challenges faced by individuals and their families. In 2002 activities that are being carried out, were not even considered in the 50′s.

The current work focuses on inclusion and building community capacity to embrace all of its citizens. Our experience and our research tell us this is the best chance people have for security and this approach is most sustainable over time.

Of course people need disability related supports. However those supports should facilitate participation in regular community activities and enhance the quality of one’s life. Issues are the same for people with disabilities as for any citizen.

The Association currently works in a variety of areas and activities including family support and advocacy, employment, housing, child care, education, sexuality, person centered planning, transition from school to work and adult life, recreation and justice.

During the 1960′s, 1970′s and early 1980′s, a new way of thinking emerged and developed. People with disabilities were seen to be entitled to “rehabilitation”. They came to be seen as capable of developing as individuals. Large institutions began to give way to “community-based” services in family homes, group homes, sheltered workshops, special schools, etc. There was great change in the lives of many people. Yet those lives were (and are) still characterized, in some instances, by separation from the rest of us. The community-based service system maintained many of the elements of the institutional system. Some people are still segregated and have little choice about how to live their lives. The state, or its service agencies, still have a large degree of control over many individuals.

Moreover, “community-based services” have not led to full acceptance of people with disabilities as participating members of their neighbourhoods and communities. In addition, it is arguable that the development of community services has not occurred as quickly as desired due to the fact that funding for institutional services was continued, allowing only for incremental investments in community services. Reallocation of funds from institutions to community services is occurring and is expected to continue.