My name is Marci Wiggins, and I am a summer student here at NBACL in Fredericton, helping out in the area of Social Policy Research. I am also a law student at UNB, and some of the research I have been helping out with this summer has focused on ways that our legal system can change its policies and procedures to better accommodate people who have an intellectual disability. This blog entry will focus on:

If you have any feedback on these recent changes, or any ideas about other changes that should take place to make legal and courtroom processes more accessible for everyone, or any comments at all, please contribute to the discussion!

People with intellectual disabilities are entitled to equal protection under law. However, until very recently, criminal procedure and evidence rules have made it extremely difficult for individuals with disabilities who have been victims of crime to have their complaints successfully heard and brought to justice. This is especially concerning because, unfortunately, individuals with disabilities become the victims of crime more often than people who do not have disability. A lack of successful court cases when individuals come forward means that the trend is likely to continue because the offenders know they are not likely to face legal consequences. The following statistics highlight the high rates of victimization among people with an intellectual disability:

And here are some statistics on the number of abusers that are charged, and convicted: 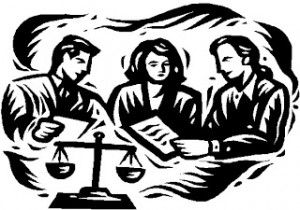 It is important to make sure that evidence presented in trial is fair to the accused, and that court remains in order. On the other hand, Canada has promised equal treatment and protection under the law to everyone under the Canadian Charter of Rights and Freedoms and the United Nations Convention on the Rights of Persons with Disabilities, and we cannot allow people with intellectual disabilities to continue to be denied justice for crimes they have suffered. In the past decade, the Canadian government and the SCC have started to address this by changing the process so it is accessible to victims with intellectual disabilities while still being fair to the accused. The first major changes were made in 2005 when Parliament agreed to change some sections of the Canada Evidence Act and the Criminal Code. Here is a summary of the most important changes they made for individuals with a disability:

Until 2012, the courts did not interpret the section of the Evidence Act for adults with a disability in the same way as they interpreted s.16 (1) – the section on children’s testimony described in the last bullet point above. The usual practice was to say that an adult with a disability could not testify if they could not explain to a judge what it means to take an oath, or what a promise to tell the truth means. The SCC changed this in its judgment in R v DAI last year. 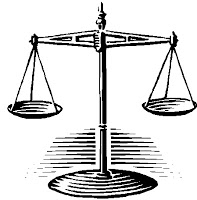 After this decision, if an adult with an intellectual disability wants to provide testimony, they need to be able to communicate their evidence and promise to tell the truth, nothing more. The judge can ask them questions related to their own life to determine if they are able to tell the difference between the truth and a lie, but cannot make them explain what a promise means. This an important step towards equality, because normally adults who take the oath are not forced to explain to a judge what it means. Just because a person with an intellectual disability may have difficulty explaining something abstract such as what it means to promise the truth, this does not mean that they will be any less truthful on the witness stand. Research suggests that individuals with intellectual disabilities can remember events they have experienced and relate their stories accurately to the jury, and they are no less likely to tell the truth than any other witness (Willner, 2011; Wacker, 2008).

The other positive development coming from this case is that the SCC made suggestions for how other judges should handle hearings which decide whether an adult with an intellectual disability is able to testify in the future. The following is a list of the suggestions they made:

These changes should all combine to make it possible for more adults with an intellectual disability to testify in criminal trials, and for them to become more effective witnesses because more appropriate support and accommodations will be provided. I am hopeful that this will bring about more convictions and reduce the number of people with disabilities who become victims of crime. The changes also bring us closer to the promise of equal protection and benefit of the law for citizens with disabilities. However, we have not fully accomplished this goal yet. Some trial processes and attitudes of people involved in the justice system still make it more difficult for individuals with an intellectual disability to be successful trial participants. Some of the issues that we still need to tackle are listed below:

All in all, our justice system is making great progress in accommodating persons with disabilities, but more needs to be done before equal protection of the law for all citizens becomes a reality.

How do you think we’re doing with making court proceedings (whether they are criminal or not) more accessible? Do you see any areas that still need work, or have any recommendations for future change? If so, or if you have any questions at all, please leave us a comment! I would love to hear from your ideas and am happy to respond to any questions or send more information if you are interested. If you aren’t able to leave your comment right away, I can be reached by email at mwiggins@nbacl.nb.ca or marci.wiggins@unb.ca.