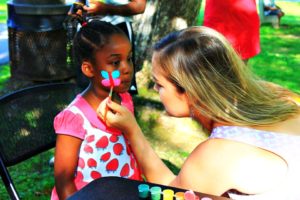 Sydney Allen became the Community Animator for the Fredericton Region in May 2016. As Community Animator, Sydney works with youth aged 17 and older and adults who have an intellectual disability to achieve inclusion in the community. She helps them identify their interests, goals to be included in the community and together they find places they would like to volunteer or join a club.

“Or maybe take a class, like art classes or cooking classes, anything at all that interests them,” said Sydney.

After working together for a little while, Sydney is able to help them build a personal support network, which is a group of people committed to being in their life long term. This is usually friends and family who are genuinely interested in enhancing the life of the individual, although sometimes paid supports are also part of this network. Meeting four times a year, the personal support network identifies goals for the individual and create a plan of action.

The best part of her job was—and still is— having a lot of people she supported want to continue to hangout, even though her first contract with NBACL had ended, thinking of her not only as a supporter, but as a friend. One of the individuals she supported still wanted her to go and play games with them.

“I feel like that is the best compliment you can get,” said Sydney. “When people you’ve been spending time with and supporting want to continue to have you as part of their life, even though you are no longer working with them directly.” 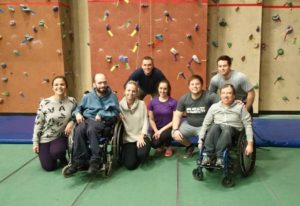 Sydney Allen rock wall climbing at Base Gagetown with a group from the Easter Seals Abilities Program.

On the flip side, Sydney is responsible for developing strategies for social inclusion in the community, maintaining and monitoring connections. Additionally, she builds community outreach and networks with other organizations about increasing their capacity to welcome and include individuals with an intellectual disability.

To promote community inclusion, Sydney contacts businesses and organizations to tell them about herself as a Community Animator and of the work being done at NBACL. This increases the community’s capacity to include people with disabilities. Without knowing what NBACL does, some people think it can be hard to include everyone, when it can actually be quite easy if we all work together and strive for a common goal of total inclusion. By delivering presentations it really increases the awareness for inclusion. Since they already know that everyone can benefit, it not only makes it easier for people to work there because the barrier is already broken, but it makes it easier to let more people in down the road. As individuals take part in community, advocate for change, and move into their own homes, it creates a domino effect to society.

“I heard once that it takes around 100 years for real change to happen,” said Sydney. “By having advocates and other people work together to identify what needs to be changed and then identify goals, take action, and to reflect throughout the process to ensure that the change is positive, a real change in society can occur where community is a common place for people of all abilities to participate, relax, and be present in.” 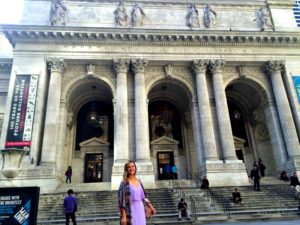 Sydney currently supports 5 to 10 adults who have intellectual disabilities, but she can help more! Sometimes there are wait lists to be able to access a Community Animator, however right now in the Fredericton region, there is no wait list! Sydney can help more individuals if they or their families feel like they could benefit from having this offer. Now is a great time to reach out to Sydney and to refer an individual who can benefit from having support getting connected to the community or creating a personal support network, as these programs usually reach capacity quite quickly. 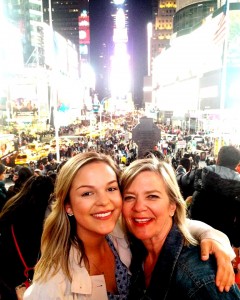 Sydney Allen and her mom in New York City

Sydney graduated from St. Thomas University in 2015 and first came to work at NBACL as a Social Inclusion Facilitator in October 2015. When the six month contract ended in April 2016, she decided to combine her love of traveling and adventure and spent a week exploring New York City with her mom. Wanting to make the most out of her time there, Sydney went with an agenda to see the museums, libraries, the Waldorf Astoria, and the annual Orchid Show at the New York Botanical Gardens in the Bronx. There were thousands of orchids in the Enid A. Haupt Conservatory. Although she got a lot of places crossed off her list, there are still plenty of things she didn’t get to do, like going to a Broadway show. 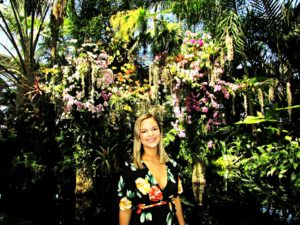 Sydney Allen at the Orchid Show at The Botanical Gardens

“I love New York. I feel like you could spend a year there and still not see everything!” said Sydney.

When Sydney isn’t working or traveling she likes going boating on the Mactaquac head pond, taking her dogs Zoey and Marley for walks and going to the market on Saturday mornings.